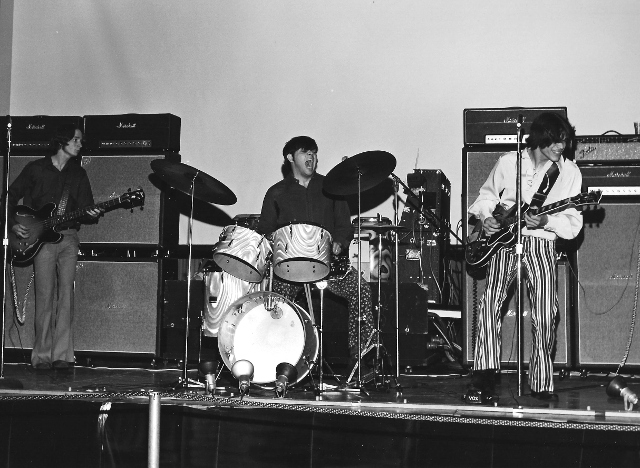 If the Classmen (clean-cut brothers, managed by their father) were Kansas City’s equivalent to the Beach Boys and the Chesmann its Beatles, Stone Wall could be likened to Kansas City’s Cream or Led Zeppelin. A power trio with roots in the blues, Stone Wall was led by singer-guitarist Allen Blasco in combination with three different rhythm sections (1968-76). As a young teen (1965-68), Blasco led The Clergymen, whose ever-changing array of musicians included Ray Goldsich, later to … END_OF_DOCUMENT_TOKEN_TO_BE_REPLACED

The nostalgic triple bill coming up at Starlight Theatre on Friday, May 10 -- Styx, REO Speedwagon and Ted Nugent -- made me wonder just how many times those three acts have collectively played Kansas City. The poster at left shows that promoter Chris Fritz presented two of the three groups – along with Joe Walsh’s Barnstorm – at Memorial Hall in the early ’70s. Nugent was still billed as leader of the Amboy Dukes then, just a few years after their Top 40 hit from 1968, "Journey to the … END_OF_DOCUMENT_TOKEN_TO_BE_REPLACED

Tom Sorrells, a great friend of the Kansas City Rock History Project, has a request. He needs photos of the former Cavern Studios in Independence, Mo., for a project he is undertaking with Chicago's esteemed Numero Group. Cavern was active at least from the 1960s to 1980s. As evidenced by these 2 photos at (Jim) Wheeler Audio's website, not only local acts, but giants like James Brown recorded there. Tom has rescued some great trax from the Cavern vaults, but he needs more pix for a package … END_OF_DOCUMENT_TOKEN_TO_BE_REPLACED 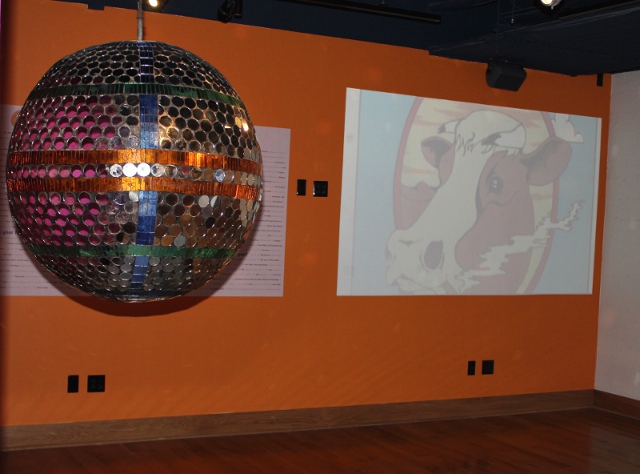 “The Science of Rock,” an interactive exhibit that made its world premiere in October and which runs through May at Union Station, is something of a misnomer. But it’s fun and informative, and it contains a good deal of KC-specific rock history in its anteroom. Kudos to the staff of Union Station, many of whom donated their own memorabilia, for adding the KC-centered exhibit, placing our town in the context of the larger exhibit, which otherwise features posters and concert tickets from other … END_OF_DOCUMENT_TOKEN_TO_BE_REPLACED 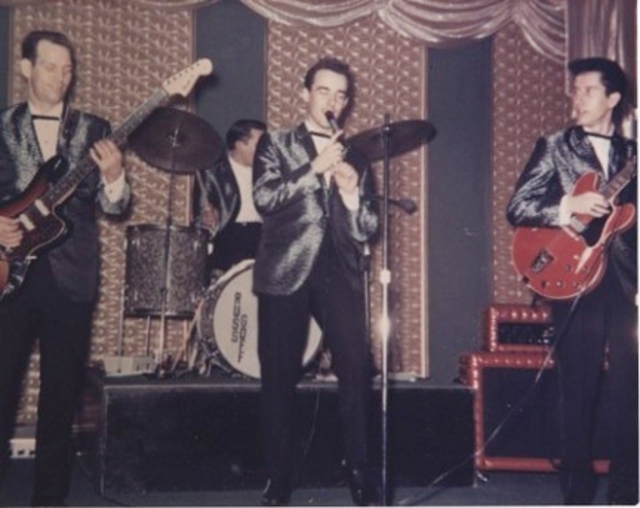 Fred Burke from St. Petersburg, Fla., reached out to me recently and sent me this snap of his band, the Fabulous Cinners, playing in 1966 at a place for which I’ve seen ads but never before photos – the Boom Boom Room, 3736 Main St. Fred says the Cinners also played such clubs as King Arthur’s Lounge, 1115 E. Armour Blvd., Lakeside Ballroom and the Olathe Naval Air Station “during the Vietnam era every Sunday night for returning troops.” That’s Fred on vocals with Les Bogal (bass), Rich Bronson … END_OF_DOCUMENT_TOKEN_TO_BE_REPLACED 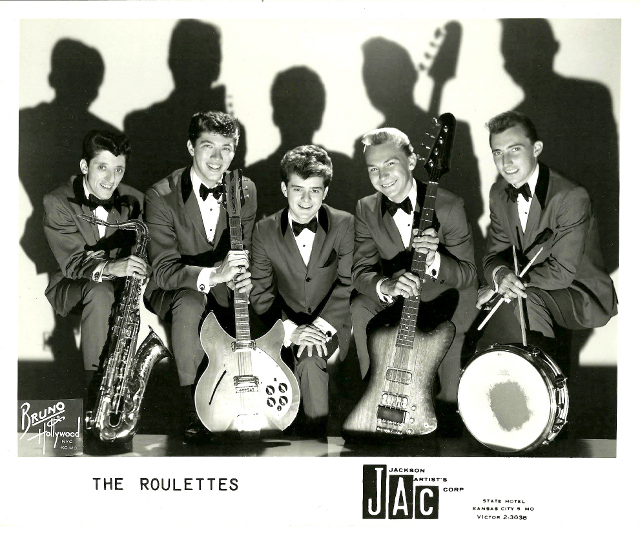 By Darby Anderson Drummer Billie Organ, a.k.a. “Billie O,” is a local legend, a rock ’n’ roll pioneer and a master of many musical styles. Together with his brother Danny on bass guitar, they formed the rhythm section of several of Kansas City’s best and earliest rock bands, touring throughout the country. In 1959 Billie traded a 1937 Ford to Ray “Bags” Bagby for his first set of drums and never looked back. By the age of 19 he was pulling down $60 a week at the Rainbow Club in downtown … END_OF_DOCUMENT_TOKEN_TO_BE_REPLACED