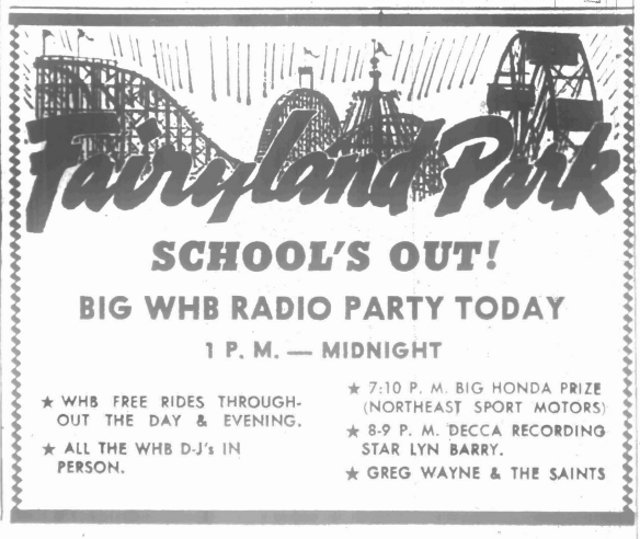 Kansas City amusement parks were often the site of rock concerts in the 1960s, '70s and '80s. The tradition of "School's Out" concerts at Fairyland sponsored by Top 40 radio station WHB goes back farther than I realized in my earlier "World's Happiest Broadcasters" post. Those events took place in the early 1970s. I have since found a newspaper ad (above) from June 1965 touting such a show with Len Barry of "1-2-3" fame as the headliner. That song came out the following month on Decca Records … END_OF_DOCUMENT_TOKEN_TO_BE_REPLACED