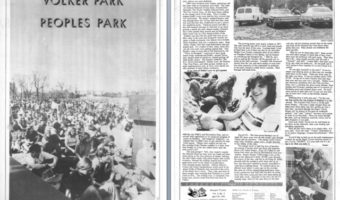 By Tommy Greene -- I can’t recall anyone, even within the Kansas City Parks and Recreation Department, ever calling Volker Park by its formal name, the Frank A. Theis Memorial Mall. Oh, the name certainly would have been in city documents and perhaps even appeared in The Kansas City Star when it was dedicated. But the area and its immediate environs were simply referred to by all as the name of its delightfully whimsical Volker Fountain situated on the site’s lowest ground. Perhaps with … END_OF_DOCUMENT_TOKEN_TO_BE_REPLACED