A scene doesn’t just happen. People make it happen, and some of the most happening people were the promoters and club owners of Kansas City’s rock ‘n’ roll scene. 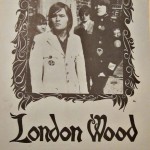 Many of their stories have multiple chapters — like Stan Plesser with his Vanguard coffee house and Cowtown Ballroom plus Good Karma Productions, or Mike Waggoner, a guitarist and veteran of such bands as the Chontels, London Wood and Morningstar, who later  became a promoter. His greatest hits as a promoter included Led Zeppelin’s first KC show at Memorial Hall.